On March 8, 2020, Wayside Athletic Club partnered with the American Cancer Society for the 16th year in a row, hosting the highly successful Pedal to End Cancer event.

Upstairs in the cycle studio, 28 riders participated in the 3-hour cycle event, raising over $15,550 for the American Cancer Society! Since 2004, Wayside Athletic Club has raised over $284,000 through this event!  Community Support Coordinator for the American Cancer Society, Michael Corrigan, was on site to recognize Wayside for our incredible fundraising contributions through the years!  The ride was organized and led by Nia Benoit, who has been an integral part of the event for all 16 years!

There are too many highlights from the day to share, but here are a few that contributed to making the event special!  We were honored to have survivors Debra, Bob, Lenny and Robin here with us this year!  We had 3 children participate this year, which was incredibly heartwarming.  Many family members joined us to cheer on the riders. Riders added to a Wall of Hope to share why they were riding and who they were riding for.  Three enthusiastic instructors volunteered their time to teach during the event; their playlists kept riders motivated and inspired throughout entirety of the ride.

Our top fundraiser Nia Benoit, along with her three boys, Julian (9), Teddy (7) and Andre (5), raised $3,379!!! Nia was this year’s recipient of the Leah Parker Inspiration Award, which is presented to the top fundraising Wayside member or employee.  This award was created in memory of Leah Parker, an endearing member of the Wayside community who passed away in 2009.  Leah fought a brave fight against breast cancer and was taken way too soon.  This year, her family joined in the ride and we are so thankful they were there to share this day with us.  Jamie Levin-Orkin rode in memory of her father, Barry Levin, and led a segment of the ride with a musical tribute to her dad. 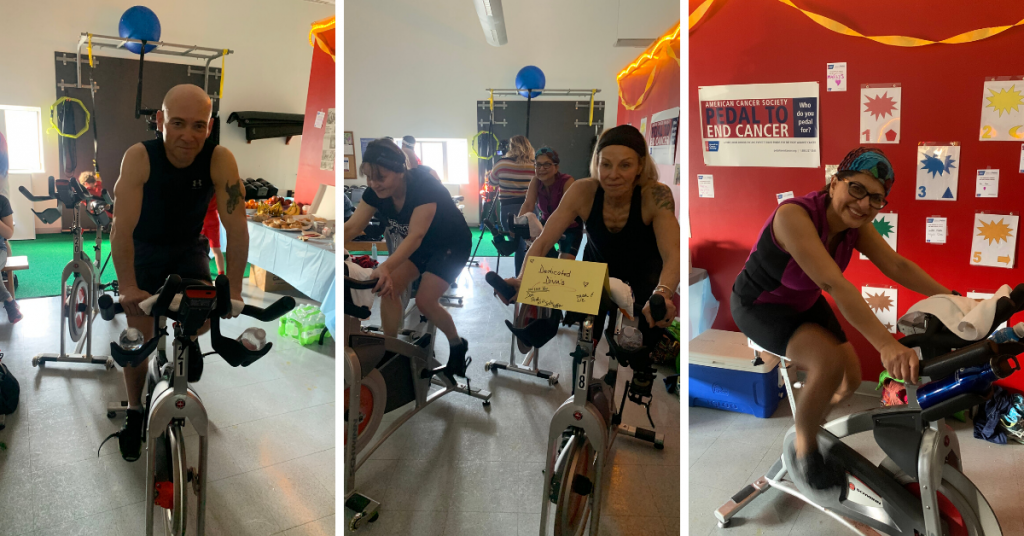 We are incredibly proud of what we have accomplished and feel confident that we have made a difference in the fight against cancer.  A big thank you to all those who helped make this event possible, from our instructors and riders, to those who donated to the cause, to those who helped out behind the scenes, and to our community sponsors.  This event is a true team effort and we are so thankful for the support received.  Congratulations to each of the riders for their fundraising and pedaling power.

Together, we are working to create a world with less cancer and more birthdays!