Last weekend, Wayside Athletic Club hosted one of the biggest professional athletic events to come to the city of Marlborough! The Boston Open, presented by Solomon Racquet and Sports, brought in 24 pros from the LPRT (Ladies Racquetball Pro Tour) as well as a Pro/Am Charity Tournament, which raised funds for the American Cancer Society AstraZeneca Hope Lodge in Boston. 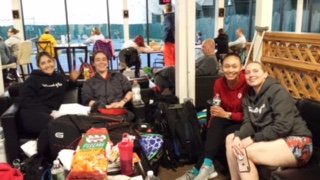 On Thursday, March 5, the top 12 ranked LPRT ladies from Mexico, Chile, Argentina, Mexico and Bolivia entertained the crowd at Wayside by playing their sponsors and 2 boys from Wayside’s junior racquetball program. They were thrilled! 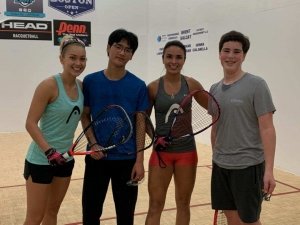 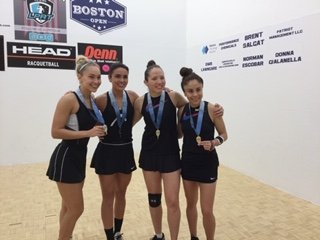 On Saturday, March 7, the crowds were 8 people deep watching both the Pros and the Amateurs compete on all 4 racquetball courts. Matches were broadcast by Solomon Racquet & Sports for the world to see; guests and players from all over New England came to watch and participate. It was a full house on Sunday, March 8, to watch the best in the world compete in the finals. Paola Longoria retained her title as the top women’s player in the world,  with her 105th win overall, defeating her doubles partner Samantha Sala in the singles final, and then teamed up with Salas to defeat Natalia Mendez and Maria Jose Vargas in the doubles final. 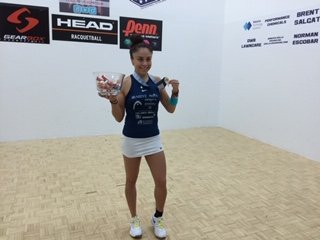 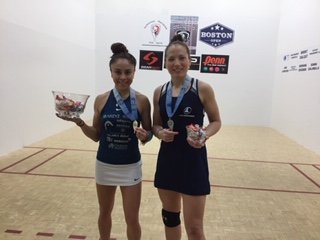 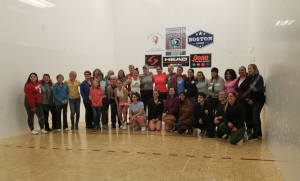 It was a true pleasure hosting such a wonderful event–the LPRT tour not only displayed athleticism, but kindness, respect and sportsmanship throughout the entire weekend–to each other, to the spectators, and to the Wayside Athletic Club staff. In fact, #9 Cristina Amaya injured her wrist, and still traveled to Wayside to cheer on her LPRT colleagues! Follow the LPRT and check out their past and future accomplishments.

THANK YOU to Wayside Athletic Club tennis member/photographer, Eric, for capturing some extraordinary photos of the Boston Open!