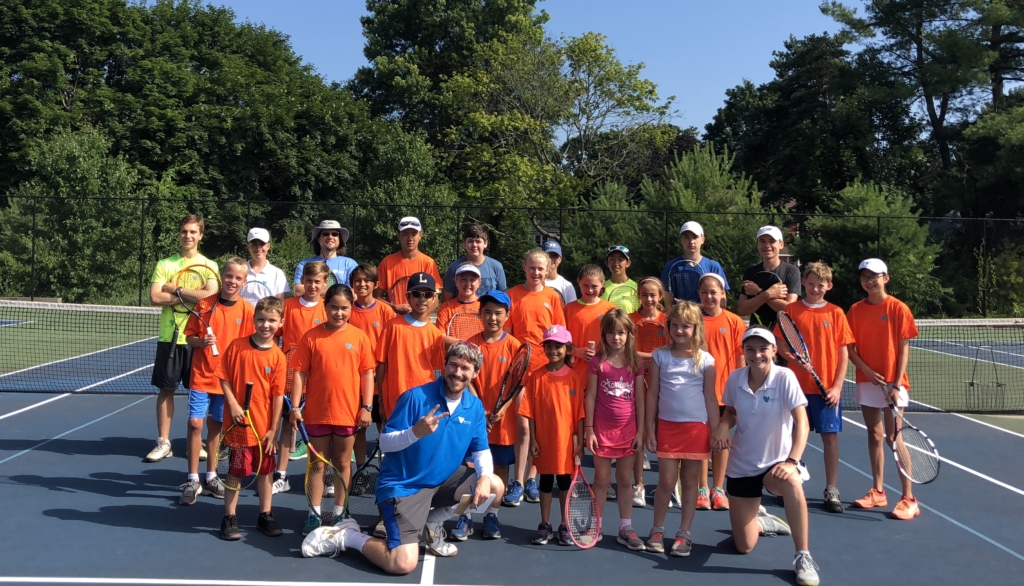 Week 3 was full of fun and games! Coach Max had a great green ball group this week, and everyone made impressive progress, from experienced students who have been here for years to kids who are picking up a tennis racquet for the first time. Thanks to some hard work on forehand and volley technique, we played some very exciting team doubles, and a great round of Wipeout!

Coach Alex had a larger group of competitive kids and Coach Max and Hannah worked closely together this week between our two green ball courts. One game, attack and defend, particularly stuck out this week because every day we would both hear countless times “can we play attack and defend?” This game is where they play a king of the court style game in doubles pairs. One team has both players at the net while the other has both on the baseline. This allows them to work on their doubles skills as well as their attacking and defending abilities.

Overall we had a very successful week with a lot of great kids. Coach Kevin’s group was long on moxy and enthusiasm, which led to a lot of fun that the campers could explain better than their instructors. How did half my court end up with their hair dyed by the end of the week? What motivated my students to form friendly rivalries with one another and cheer loudly during each other’s matches? Why did I agree to a judged dance battle against a student? All questions for which I have no answer, but we were certainly an entertaining group for our visiting Chinese tennis player, Danny. There were real steps forward in technique and strategy this week, including a lot of work on where to hit our passing shots and volleys, which increased our comfort playing aggressive tennis. What a great group! What a great week! 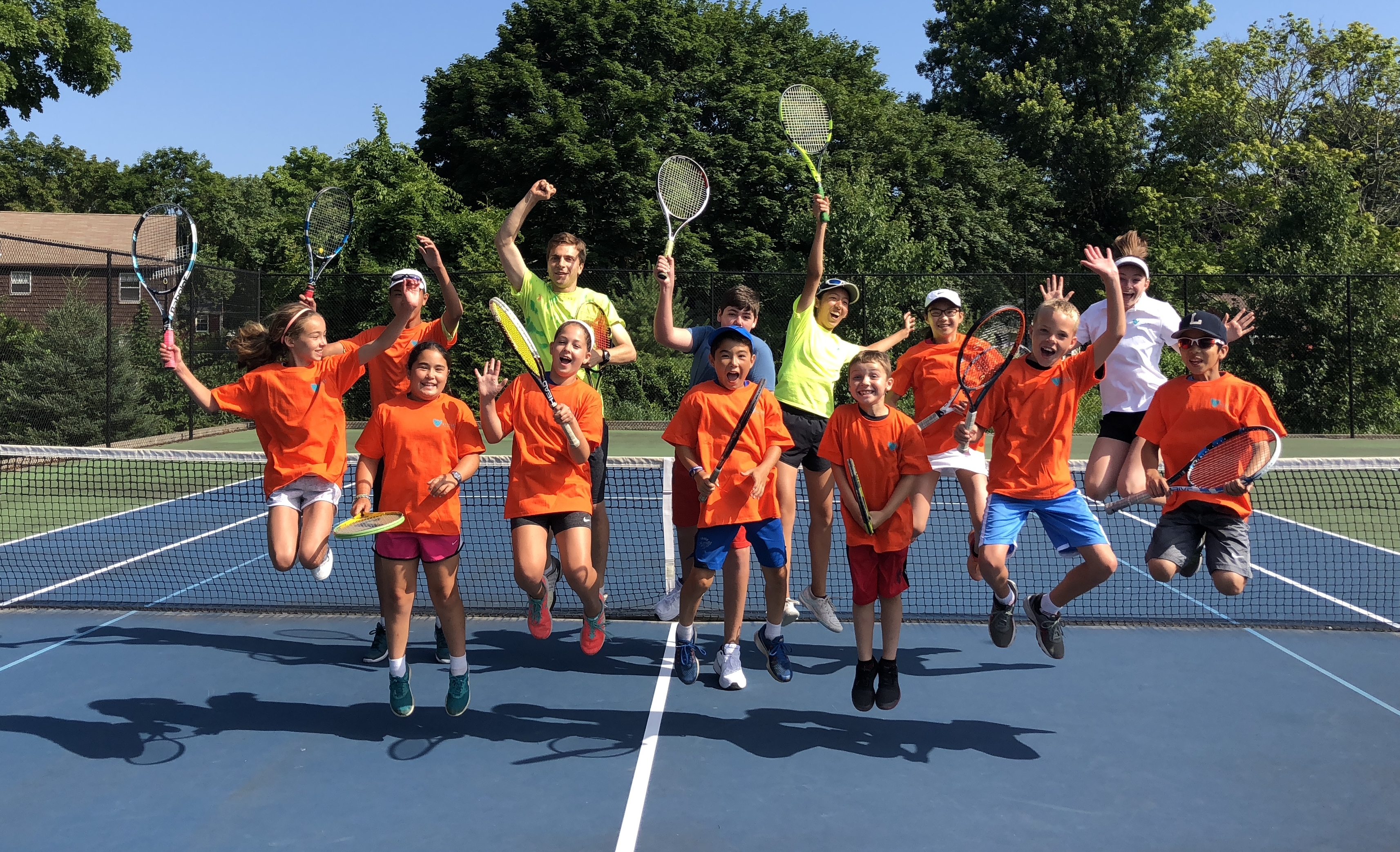 Week 4 was a fantastic week of camp! Coach Matt’s group focused a lot on serving and technique. One drill, called ‘serve relay’, required the kids to serve to the correct side of the court. If they did, they would run and grab a ball from a basket and serve again. The first person to have an empty basket won the game! It is a great way for the kids to have fun and be competitive while also working on their skills.

Coach Ashleigh’s yellow ball group worked on approach shots and volleys this week. The kids played against each other, one-on-one, and had to decide whether they would hit the short ball and come in to volley or hit the short ball and go back to the baseline. This drill worked not only on footwork but on shot selection and recognition of the shot that was just hit and how your opponent would counter your shot. The kids demonstrated their understanding of shot selection and court positioning in match play when many of them saw the short ball and came into net for the put-away volley while others went for the drop shot to win the point or put their opponent in trouble.

Coach Cole’s group played a variety of games. Speed racer was undoubtedly their favorite, they had to make a certain number of balls in the court. Then they would run around the court and the coaches would try to throw balls at them. Coach Cole’s group also had races against coaches during their breaks and the campers always won.

Coach Kevin’s group worked on their match toughness and on court consistency. They worked on picking the right targets for offensive and defensive shots in their drills, and turned it into a game of accomplishing missions.  As the week went on, several players were able to implement these shots into their matches and play great tennis. Big shout out to Cat for winning the tiebreak tournament and Coach Cole’s Flaming Forehands for winning the Davis Cup!! 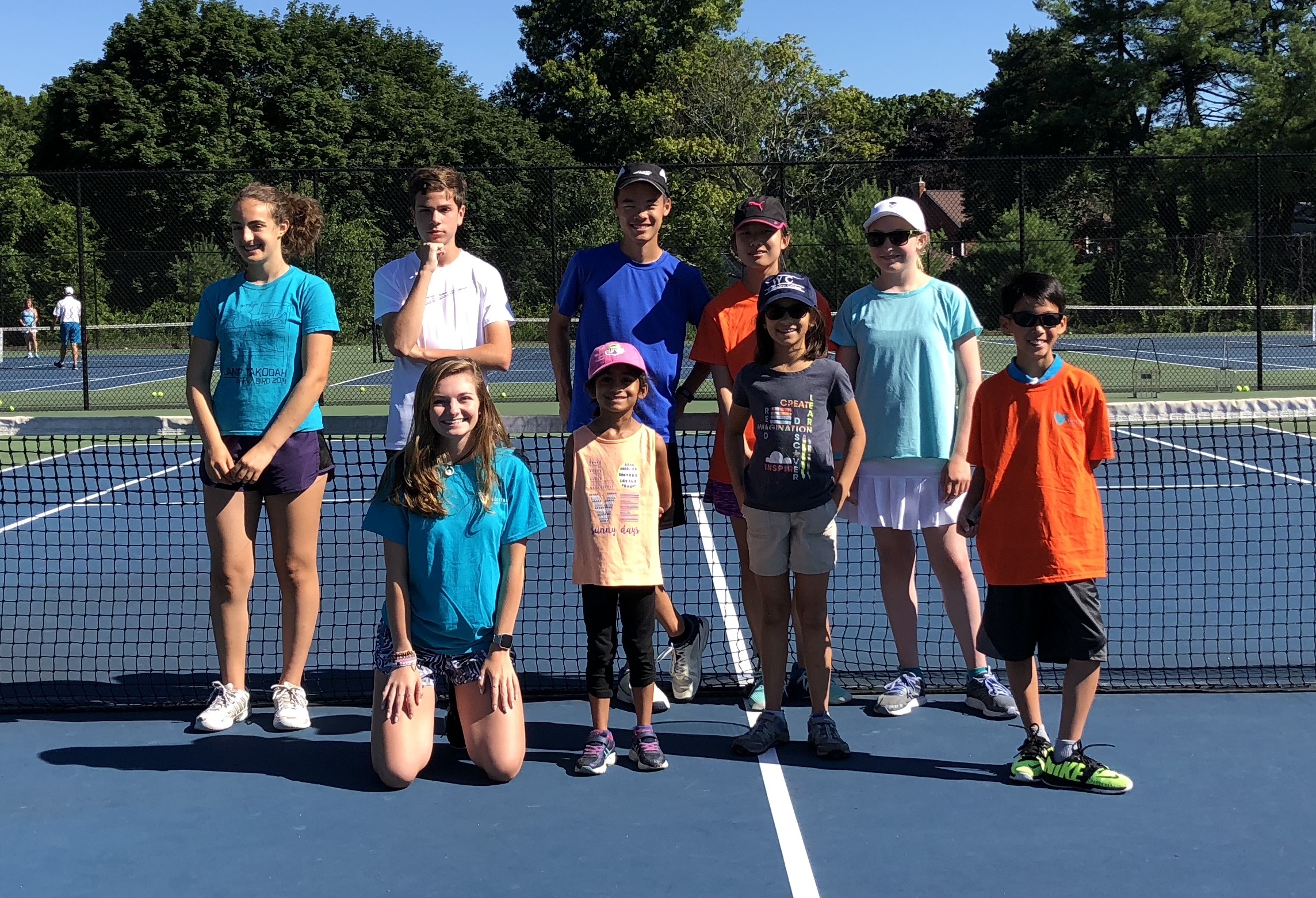